A big congratulations to one of our regular members Richard Gofton, who completed his 40 Kilometre challange on saturday the 20th of October. This challenge consisted of a 10km run, 10km row, 10km on the cross-country ski machine and 10km on the bike. The last time I spoke to Richard he had raised over a £1000 pounds for the British Heart Foundation.

Richard works full time and is a family man. This just goes to show that although we think we don't have enough time to exercise, Richard managed to fit in long training sessions amongst all his other commitments. 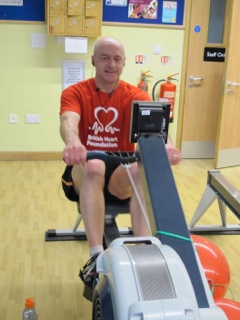 Above, working hard on the rowing machine (but still with a smile on his face) and below, hitting the crosstrainer. 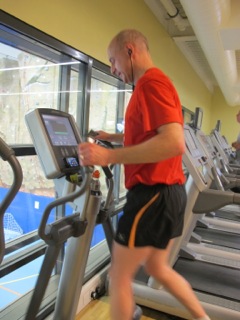